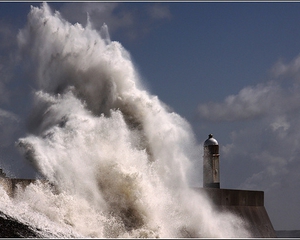 I-Box Create begins the development of the last year of the project funded by the Ministry of Science, Innovation and Universities, to study the feasibility of the implementation of wave energy systems in port-maritime infrastructures.

So far, a detailed analysis of the existing possibilities to include this type of technology in different structures has been made; as well as the evaluation of the available wave energy potential in a series of selected Spanish ports.

Throughout 2019 we will continue with the development of a generic prototype proposal that allows its integration into port or maritime infrastructures, whose priority function is to capture the energy generated during the operation of swell absorption and, as secondary but no less interesting, be able to alleviate the effect of waves of a certain magnitude.

Therefore, it is intended to have a structural or mechanical model of extensive use, which allows to transform much of the dissipated potential into captured potential, in the way and place that fit best, beyond the mere objective of obstructing the progression of wave motion.